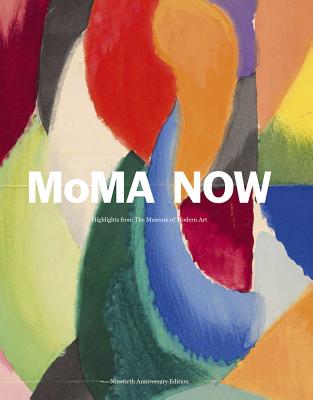 In October 2019, the Museum of Modern Art celebrates its 90th anniversary with the reopening of its extensively renovated and expanded midtown campus. Published to accompany the reopening, MoMA Now is an enlarged and expanded edition of MoMA Highlights, and presents a rich chronological overview of the art of the past 150 years, culled from the Museum's permanent collection of almost 200,000 objects across 6 curatorial departments. Beginning with a photograph made around 1867 and concluding in 2017, with an Oscar-nominated documentary film, the book introduces readers to some of the most beloved artworks in the museum's collection--iconic works by Claude Monet, Vincent van Gogh, Frida Kahlo and Andy Warhol, among many others--as well as lesser-known but equally fascinating and significant objects of art, architecture and design from around the world.

MoMA Now celebrates the richness of the Museum's collection and the diversity of issues and ideas embraced today. The book is not meant to be a comprehensive overview, nor to provide a definitive statement on the Museum's collection. On the contrary, it is designed to explore the complexity and variety of possibilities that exist within the collection, and to suggest new and imaginative ways of understanding the works of art that constitute it. Featuring 170 works not included in earlier editions, including a greater representation of works by women, artists of color, and artists from around the world, this new iteration is both a record of the Museum's past and a statement in anticipation of an exciting future.