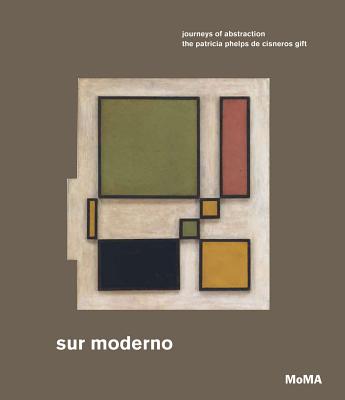 Sur moderno traces the ways in which abstraction developed and peaked in midcentury Latin America, radically transforming the story of modern art

Sur moderno: Journeys of Abstraction explores the abstract and Concrete art movements that flourished in South America between the mid-1940s and the late 1970s in light of the profound cultural transformations that gave rise to them. Published in conjunction with a major exhibition at the Museum of Modern Art in New York, Sur moderno features work by artists from Argentina, Uruguay, Brazil and Venezuela--including Lidy Prati, Tom's Maldonado, Rhod Rothfuss, Lygia Clark, H lio Oiticica, Jes's Rafael Soto and Alejandro Otero--who advanced the achievements of early-20th-century geometric abstraction and built a new modern vision of the region.

This richly illustrated volume highlights a selection of works gifted to MoMA by Patricia Phelps de Cisneros between 1997 and 2016--a donation that has had a transformative impact on the Museum's holdings of Latin American art. The Cisneros Modern Collection, which includes paintings, sculptures and works on paper, allows for in-depth study of the art produced in the region at mid-century, enabling the Museum to represent a more comprehensive, plural, and robust narrative of artistic practices and to demonstrate the integral role Latin America played in the development of modern art.--Liz Hartman "Publishers Weekly.