Wagstaff: Before and After Mapplethorpe: A Biography (Paperback) 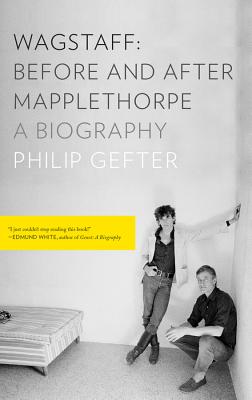 Sam Wagstaff's biography does not simply tell the story of his life from a 1940's socialite bachelor through the NYC art scene of the 1970's to his death in 1987. He was influential as a controversial curator during the late 60's. He then switched to photography and championed its transition from the fringes of the art world to the international market. His personal story is told against that of the shifting attitudes of American society and how it changed (or didn't) for gay men over these decades.

Winner of the Arts Club of Washington Marfield Prize

A legendary curator, collector, and patron of the arts, Sam Wagstaff was a "figure who stood at the intersection of gay life and the art world and brought glamour and daring to both" (Andrew Solomon). Now, in Philip Gefter's groundbreaking biography, he emerges as a cultural visionary. Gefter documents the influence of the man who—although known today primarily as the mentor and lover of Robert Mapplethorpe—"almost invented the idea of photography as art" (Edmund White). Wagstaff: Before and After Mapplethorpe braids together Wagstaff's personal transformation from closeted society bachelor to a rebellious curator with a broader portrait of the tumultuous social, cultural, and sexual upheavals of the 1960s, '70s, and '80s, creating a definitive portrait of a man and his era.

Philip Gefter was on staff at The New York Times for over fifteen years, where he wrote regularly about photography. His essays are collected in the book Photography After Frank (2009). He lives in New York City.

This thorough, entertaining biography portrays a blue blood who charmed East Coast society but also loved to scandalize…Gefter captures the brilliance of that world and its decline in the face of AIDS.
— The New Yorker