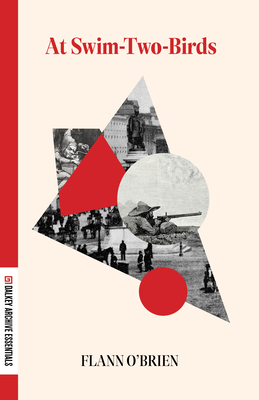 This 1939 novel of intense metafiction on Irish themes has garnished praise from Dylan Thomas, Jorge Luis Borges, and James Joyce among others (it may have even been the last novel Joyce read). As TIME recounted, "This is a book about a book about a man writing a book about characters who write a book about him." It is both superbly smart and terribly funny and is sure to leave you scratching your head long after you've put it back on the shelf.

Along with one or two books by James Joyce, Flann O'Brien's At Swim-Two-Birds is the most famous (and infamous) of Irish novels published in the twentieth century.

A wildly comic send-up of Irish literature and culture, At Swim-Two-Birds is the story of a young, lazy, and frequently drunk Irish college student who lives with his curmudgeonly uncle in Dublin. When not in bed (where he seems to spend most of his time) or reading he is composing a mischief-filled novel about Dermot Trellis, a second-rate author whose characters ultimately rebel against him and seek vengeance. From drugging him as he sleeps to dropping the ceiling on his head, these figures of Irish myth make Trellis pay dearly for his bad writing.

Hilariously funny and inventive, At Swim-Two-Birds has influenced generations of writers, opening up new possibilities for what can be done in fiction. It is a true masterpiece of Irish literature.

Flann O'Brien, whose real name was Brian O'Nolan, also wrote under the pen name of Myles na Gopaleen. He was born in 1911 in County Tyrone. A resident of Dublin, he graduated from University College after a brilliant career as a student (editing a magazine called Blather) and joined the Civil Service, in which he eventually attained a senior position. He wrote throughout his life, which ended in Dublin on April 1, 1966. His other novels include The Dalkey Archive, The Third Policeman, The Hard Life, and The Poor Mouth, all available from Dalkey Archive Press. Also available are three volumes of his newspaper columns: The Best of Myles, Further Cuttings from Cruiskeen Lawn, and At War.