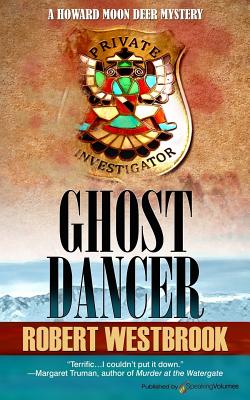 A Native American working on his Ph.D.

A cop blinded in the line of duty.

A chic resort's only hope to stop a killer cold in his tracks.

Once a land of Pueblo dwellers, the town of San Geronimo Peak, New Mexico, is prime ski country. P.I. Howard Moon Deer and ex-cop Jack Wilder are headed there to meet their first client-a former U.S. senator and the ski slope's owner. Instead, they find his body-and a murder case to solve.

Overrun with pleasure seekers, plunderers, and fanatics, San Geronimo has no shortage of suspects. But investigating the senator's two very different daughters, his political enemies, and his complex business dealings leads only to false clues. Then the senator's granddaughter is kidnapped-and the new detectives are plunged into a dangerous race for a little girl's life...and for their own.

"Terrific...I couldn't put it down."-Margaret Truman, author of Murder at the Watergate

"A clever, sexy, modern mystery. Imagine Nero Wolfe and Archie Goodwin in contemporary New Mexico. I look forward to more adventures for this engaging team."-Tom Savage, author of The Inheritance.

Robert Westbrook is the author of two critically-acclaimed mystery series, including Ancient Enemy, nominated for a Shamus Award as the Best P.I. Novel of 2002, and Intimate Lies, a memoir detailing the relationship between his mother, Hollywood columnist Sheilah Graham and the author F. Scott Fitzgerald, published by HarperCollins in 1995. His first novel, The Magic Garden of Stanley Sweetheart, was made into an MGM movie. Robert lives with his wife, Gail, in northern New Mexico.