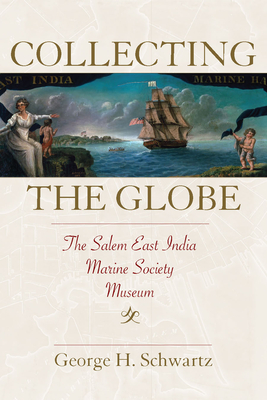 The East India Marine Society Museum was one of the most influential collecting institutions in nineteenth-century America. From 1799 to 1867, when Salem, Massachusetts, was a premier American port and launching pad for international trade, the museum's collection developed at a nexus of global exchange, with donations of artwork, crafts, and flora and fauna pouring in from distant ports of call. At a time when the country was filled with Barnum-esque exhibitions, visitors to this museum could circumnavigate the globe and gain an understanding of the world and their place within it.

Collecting the Globe presents the first in-depth exploration of the East India Marine Society Museum, the precursor to the internationally acclaimed Peabody Essex Museum. Offering fresh perspectives on museums in the United States before the Civil War and how they helped shape an American identity, George H. Schwartz explores the practices of collecting, exhibiting, and interpreting a diversity of international objects and art in the early United States.

GEORGE H. SCHWARTZ is associate curator at the Peabody Essex Museum and teaches in Tufts University's program in museum studies.

"Collecting the Globe is chock-full of appealing incidents and details . . . The work succeeds admirably in providing a detailed history of the East India Marine Society Museum. Public historians interested in earlier generations’ struggles with collecting, arranging, and preserving materials will ?nd much to spark thought and conversation."—The Public Historian

"Well researched, full of compelling details and anecdotes, and nicely written, Collecting the Globe will appeal to anyone interested in museums, maritime history, and nineteenth-century patterns of trade and urban development."—Andrew McClellan, author of The Art Museum from Boullée to Bilbao

"The book is not simply an origin story but a trip through time . . . Reading Collecting the Globe is a bit like observing a zoetrope story in motion—the story is compelling, but the mechanism of the story’s production is equally fascinating.”—New England Quarterly