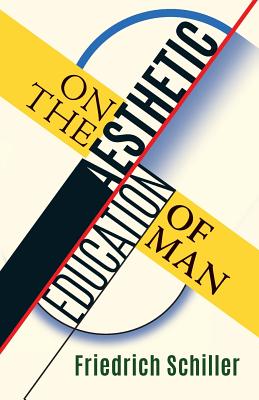 The history of education can easily be described as theme and variation on one motif: reform. From Plato's critique of the Sophists in Protagoras to John Henry Newman's considerations of education in The Idea of a University in 1854, from the educational projects of Maria Montessori, Rudolf Steiner, and Loris Malaguzzi in the 20th century to Kieran Egan's call for a reimagination of education in the 21st, educators and philosophers have regularly turned to two fundamental questions: "What is the purpose of an education?" and "How is it to be achieved?" This is the essence of Friedrich Schiller's letters On the Aesthetic Education of Man.

For Schiller, the salvation of education--and of man--lies in the realization of Beauty. Only Beauty, in his thought, has the ability to ennoble both thinking and sentiment, and only Beauty can allow the human person to awaken what he calls the "play impulse," which manifests itself as "the extinction of time in time and the reconciliation of becoming and absolute being, of variation with identity" (Fourteenth Letter). Play is important to Schiller because play returns the human person to himself: "For, to declare once and for all, Man plays only when he is in the full sense of the word a man, and he is only wholly Man when he is playing" (Fifteenth Letter).

It is important in times such as ours that we turn to philosophies of education that emphasize not the utilitarian desires of governments and corporations but the simultaneously transcendent and immanent qualities that reveal to us what it is to be human. Friedrich Schiller's letters On the Aesthetic Education of Man is such a text. Schiller does not provide us with a pedagogical strategy, nor does he offer us a definitive answer as to what such an aesthetic education would look like. But he does indicate where we should seek the right kinds of questions. (From the Foreword.)