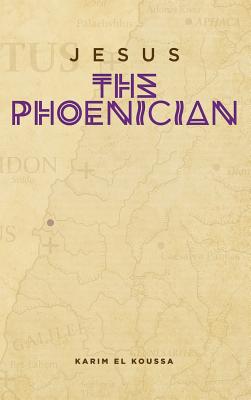 Could it be possible that Jesus was not Jewish? What would that mean to the faithful? Jesus the Phoenician exposes, among other unprecedented certitudes, the origin of the Jewish faith and the true hidden identity of Jesus Christ. Though the author claims no theological degree, as a Christian and a writer he has read and researched extensively and compiled a sound, compelling argument that the traditionally accepted story of Jesus the Jew, though largely undisputed by the faithful in favor of the biblical version, is actually an impossibility. By investigating the etymology of the name, Jesus, other questions arise regarding the incompatibility between the Great Annunciation and traditional Jewish practices, as well as the true lineage of the family of the Messiah. Then, by examining the lives of the family, friends, and Disciples of Jesus, the circumstances of Jesus' birth are challenged, establishing which Bethlehem the child savior was born in and substantiating the origins-Galilean or Jewish-of Jesus and his Disciples. Furthermore, based on a new understanding of the true origins of Jesus and his apostles, Jesus the Phoenician reveals the truth about Jesus by showing the many holes in the traditional Jewish and biblical history that point to Jesus having been a Jew. And, finally, the reader is asked to consider the validity of the typically dismissed sources, the Apocrypha, the ex-biblical texts that suggest and support the theory of Jesus the Phoenician. By investigating and analyzing the Old and New Testaments, as well as numerous other books, Apocrypha, and scholarly sources, Jesus the Phoenician systematically debunks the traditionally accepted Jewish story of Jesus and synthesizes a groundbreaking explanation for this historical and theological blunder. By delving into the history of the Canaano-Phoenicians and disproving the accuracy of the established story of Jesus Christ, Jesus the Phoenician begs the reader to think outside of biblical tradition and to consider, as have scholars, theologians, and writers throughout history, the proof herein that denies the identity of Jesus the Jew.