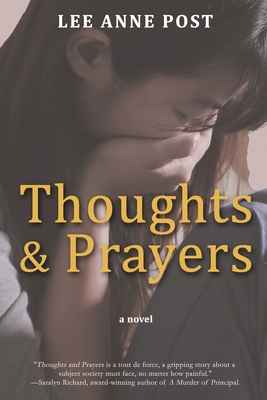 Can thoughts & prayers be enough?

But he breaks his promise that no one will get hurt.

Plagued by guilt, Lily invents one lie after another to evade arrest. While devastated survivors grieve, investigators make slow progress identifying the accomplice, and class president Keisha Washington-Lily's long-time nemesis who narrowly escaped death-resolves to hunt down the culprit herself. As Lily dodges detection, she bonds with Sofia Hernandez, who lost her best friend in the shooting.

The parents in the community struggle to piece together their wrecked lives after the tragedy. But, when they come together in a support group, their mounting feelings of grief and anger drive them to protest and vengeance instead of finding solace. Will they ever find justice and peace? Would you?