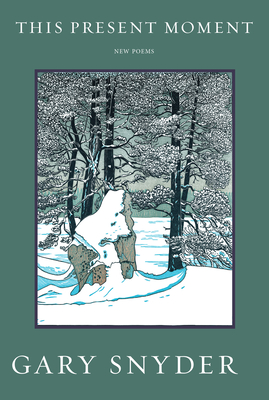 By Gary Snyder
Unavailable, our apologies.
Sorry, We Can Not Obtain this Book at This Time

This present moment
That lives on To become Long ago. For his first collection of new poems since his celebrated Danger on Peaks, published in 2004, Gary Snyder finds himself ranging over the planet. Journeys to the Dolomites, to the north shore of Lake Tahoe, from Paris and Tuscany to the shrine at Delphi, from Santa Fe to Sella Pass, Snyder lays out these poems as a map of the last decade. Placed side-by-side, they become a path and a trail of complexity and lyrical regard, a sort of riprap of the poet's eighth decade. And in the mix are some of the most beautiful domestic poems of his great career, poems about his work as a homesteader and householder, as a father and husband, as a friend and neighbor. A centerpiece in this collection is a long poem about the death of his beloved, Carole Koda, a rich poem of grief and sorrow, rare in its steady resolved focus on a dying wife, of a power unequaled in American poetry. As a friend is quoted in one of these new poems: I met the other lately in the far back of a bar,
musicians playing near the window and he
sweetly told me listen to that music. The self we hold so dear will soon be gone. Gary Snyder is one of the greatest American poets of the last century, and This Present Moment shows his command, his broad range, and his remarkable courage.

Gary Snyder is the author of more than twenty collections of poetry and prose. Since 1970 he has lived in the watershed of the South Yuba River in the foothills of the Sierra Nevada. Winner of the Pulitzer Prize in 1975, Snyder has also been awarded the Bollingen Prize for Poetry and the Robert Kirsch Lifetime Achievement Award. His 1992 collection, No Nature, was a National Book Award finalist, and in 2008 he received the Ruth Lilly Poetry Prize. Snyder is a poet, environmentalist, educator and Zen Buddhist.