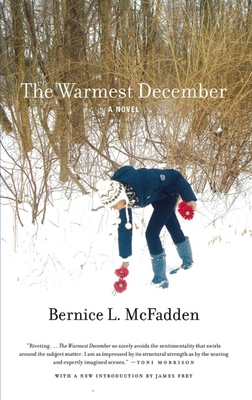 McFadden's reissued second novel takes an unflinching look at the corrosive nature of alcoholism . . . This is not a story of easy redemption . . . McFadden writes candidly about the treacherous hold of addiction.
--Publishers Weekly Riveting. . . . So nicely avoids the sentimentality that swirls around the subject matter. I am as impressed by its structural strength as by the searing and expertly imagined scenes.
--Toni Morrison, author of Beloved The sharpness of the prose and power of the story make it hard to stop reading even the most brutal scenes . . . The story feels real perhaps because it's familiar . . . Or maybe, as Frey points out, the story is too vivid to be read purely as fiction. But in this Precious-style novel, genre is the least of our concerns.
--Bust magazine This is a story that cuts across all race and social strata in its need to be told.
--The Dallas Morning News The Warmest December is the incredibly moving story of one Brooklyn family and the alcoholism that determined years of their lives. Narrated by Kenzie Lowe, a young woman reminiscent of Jamaica Kincaid's Annie John, as she visits her dying father and finds that choices she once thought beyond her control are very much hers to make. Bernice L. McFadden is the author of seven critically acclaimed novels.

Bernice L. McFadden: Bernice L. McFadden is the author of seven critically acclaimed novels including the classic Sugar and Glorious, which was featured in Oprah Magazine and selected as the debut title for the One Book, One Harlem program. She is a two-time Hurston/Wright Legacy Award finalist, as well as the recipient of two fiction honor awards from the BCALA. Her sophomore novel, The Warmest December, was praised by Nobel Prize-winning author Toni Morrison as searing and expertly imagined. McFadden lives in Brooklyn, New York.