The CIA War in Kurdistan: The Untold Story of the Northern Front in the Iraq War (Hardcover) 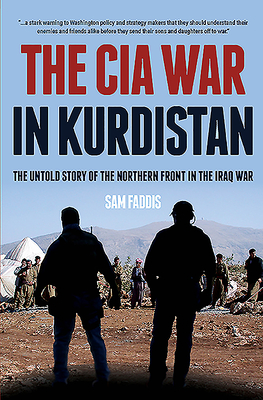 Written by leader of the CIA team embedded in Iraq before the war, this is a new and unique perspective on a war that remains controversial and divides opinion.

In early 2002 Sam Faddis was named to head a CIA team that would enter Iraq, prepare the battlefield and facilitate the entry of follow-on conventional military forces numbering in excess of 40,000 American soldiers. This force, built around the 4th Infantry Division would, in partnership with Kurdish forces and with the assistance of Turkey, engage Saddam's army in the north as part of a coming invasion. Faddis expected to be on the ground inside Iraq within weeks and that the entire campaign would likely be over by summer. Over the next year virtually every aspect of that plan for the conduct of the war in Northern Iraq fell apart.

The 4th Infantry Division never arrived nor did any other conventional forces in substantial number. The Turks not only did not provide support, they worked overtime to prevent the U.S. from achieving success. An Arab army that was to assist U.S. forces fell apart before it ever made it to the field.

Alone, hopelessly outnumbered, short on supplies and threatened by Iraqi assassination teams and Islamic extremists Faddis' team, working with Kurdish peshmerga, nonetheless paved the way for a brilliant and largely bloodless victory in the north and the fall of Saddam's Iraq. That victory, handed over to Washington and the Department of Defense on a silver platter, was then squandered.

The surrender of Iraqi forces in the north was spurned. All existing governmental institutions were, in the name of de-Baathification, dismantled. All input from Faddis' team, which had been in country for almost a full year, was ignored. The consequences of these actions were and continue to be catastrophic.

This is the story of an incredibly brave and effective team of men and women who overcame massive odds and helped end the nightmare of Saddam's rule in Iraq. It is also the story of how incompetence, bureaucracy and ignorance threw that success away and condemned Iraq and the surrounding region to chaos.