The Little Girl on the Ice Floe (Paperback) 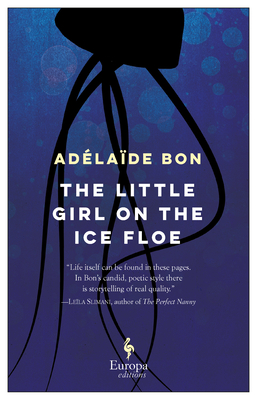 A woman grapples with the traumatic memory of a childhood sexual assault in this international bestseller: "An unsettling autobiographical tale" (Livres Hebdo, France).

When Ad la de's parents find her mute and unable to stop crying, they bring her to the police station and file a complaint against "X" for sexual assault. In so many ways, her childhood ended then--at just nine years old. Yet Ad la de grows up without showing any outward signs of damage. As a teen and then as a seemingly cheerful young woman, she suffers in silence.
Twenty-three years after the attack, Ad la de receives a call from the Paris juvenile squad. DNA analysis suggests that a serial burglar known by police as "The Electrician" has assaulted at least seventy-two minors between 1983 and 2003. It is suspected that he has hurt hundreds of others who never filed complaints.In the spring of 2016, at the Paris city court, along with eighteen other women, Ad la de confronts the rapist who destroyed her life. In precise and delicate prose, with poise and passion, Ad la de Bon tells a story that is both terrifying and all too common. "Vividly conveys the survivor's emotions of shame, rage, and fear but also offers--slowly, tentatively--hope for healing."--Kirkus Reviews (starred review)