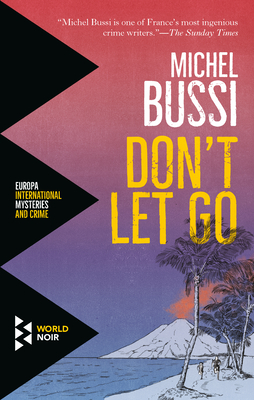 By Michel Bussi, Sam Taylor (Translator)
$17.00
In Stock at Publisher - Available to Ship to Your Home

From the bestselling author of After the Crash, "a novel so extraordinary it reminded me of reading Stieg Larsson for the first time" (The Sunday Times).

Holidaying in an idyllic resort on the island of R union, wealthy Parisians Martial and Liane Bellion are enjoying the perfect family moment with their six-year-old daughter. Turquoise skies, clear water, palm trees, a warm breeze.
Then Liane Bellion disappears from her hotel room. The door to her room is open, the walls and sheets are spotted with blood. A hotel employee swears he saw Martial in the corridor at the time Liane went missing, and he becomes the number one suspect. But then Martial also disappears, along with his daughter. An all-out manhunt is declared across the island.
Could Martial really have killed his wife? For fans of Gone Girl and The Fugitive, Bussi's fast-paced, atmospheric thriller does not disappoint. "A nail biter of a manhunt across the spectacular terrain of the Indian Ocean island of R union drives this thriller after a tourist goes missing, triggering a police chase and exposing a cannily-constructed mystery with nods to both Agatha Christie and Harlan Coben."--The Boston Globe "Suspenseful . . . vengeance proves a common passion on R union, as detailed in this twist-filled novel told from several characters' perspectives."--The Wall Street Journal "This novel, a multi-charactered French whodunit, squeezes all its frantic action into the 25 square miles of gorgeous but treacherous R union Island."--Toronto Star "A top-notch puzzle . . . A wonderfully immersive thriller."--Booklist

Michel Bussi is a professor of geopolitics and one of France's bestselling authors. His novels have been published in 35 different countries. He is also the author of After the Crash (Hachette, 2016) and Black Water Lilies (Hachette, 2017), and Time Is a Killer (Europa, 2018). Sam Taylor is the translator of HHhH, by Laurent Binet, and the author of the novels The Island at the End of the World, The Amnesiac, and The Republic of Trees. He lives in France and the United States.