Time Is a Killer (Paperback) 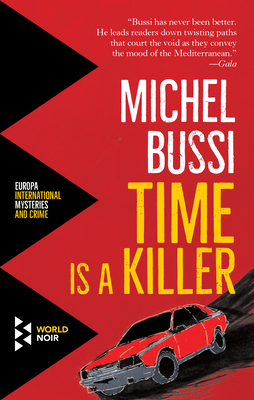 From the acclaimed author of After the Crash-- "Harlan Coben fans will enjoy Bussi's . . . mystery with its intriguing characters and twisty conclusion" (Library Journal).

A fatal accident in the past, broken lives, family secrets . . . Michel Bussi serves up a gripping thriller, set amid the beautiful scenery of Corsica.
In the summer of 2016, Clotilde is spending her vacation in Corsica with her husband, Franck, and her teenage daughter, Valentine. It is the first time she has been back to the island since the car accident in which her parents and her brother were killed decades earlier. She was in the car too, but miraculously escaped with her life. This return plunges Clotilde back into the deepest recesses of her adolescence. She reacquaints herself with her paternal grandparents, Lisabetta and Cassanu, members of a powerful Corsican family that reigns over the island.
When a mysterious letter, signed "Palma"--Clotilde's mother--arrives, the truth about her family, her parents' death, and her childhood is called into question. Time Is a Killer is a voyage into the complexities of Corsican society, a compelling portrait of a woman's awakening, and a masterfully executed novel of psychological suspense. "Michel Bussi's writing always rings true. His crime novel is a bomb."--Le Parisien "Michel Bussi's psychological crime novels are beyond masterful."--Le Figaro Litt raire "Bathed in the perfumes and flavors of Corsica . . .Time Is a Killer will be read with bated breath until the final twist "--Le Magazine des Livres "Don't open these books if you have anything more pressing to do."--Elle (France) "Gripping noir."--Publishers Weekly

Michel Bussi is a professor of geopolitics and one of France's bestselling authors of the past decade. His novels have been published in 35 different countries. He is also the author of After the Crash (Hachette, 2016) and Black Water Lilies (Hachette, 2017). Shaun Whiteside is a Northern Irish translator of French, Dutch, German, and Italian literature. He has translated many novels, including Manituana(Verso, 2010) and Altai(Verso, 2013) by Wu Ming, The Weekend(Pantheon, 2010) by Bernhard Schlink, and Magdalene the Sinner(Harper, 1997) by Lilian Faschinger, which won him the Schlegel-Tieck Prize for German Translation in 1997.