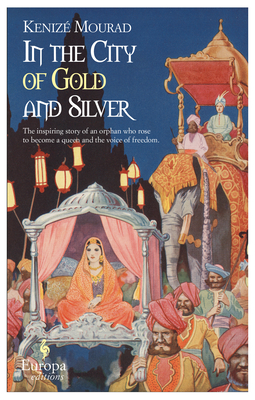 By Kenize Mourad
$17.00
Not On Our Shelves - Available to Order

Here is the long-forgotten story of Begum Hazrat Mahal, queen of Awadh and the soul of the Indian revolt against the British, brought to vivid life by a writer whose own story reads like a novel.

Begum was an orphan and a poetess who captured the attentions of King Waiid Ali Shah of Awadh and became his fourth wife. As his wife, she incited and led a popular uprising that would eventually prove to be the first step toward Indian independence. Begum was the very incarnation of resistance: as chief of the army and the government in Lucknow, she fought battles on the field for two years; she was a freedom fighter, a misunderstood mother, and an illicit lover. A remarkable woman who risked everything only to face the greatest betrayal of all.

Begum is a fitting subject for Kenizé Mourad, whose mother was a Turkish princess and father an Indian Raj. When Mourad’s mother moved to Paris in the company of a eunuch and died shortly after, the eunuch entrusted the child to the care of Catholic nuns. The nuns hid Mourad from her father, not wanting the child to be raised Muslim. Mourad only discovered her true identity and her parents’ tragic fate in her twenties. Her story is the subject of an autobiographical novel, Regards from the Dead Princess, to be published by Europa in 2015.

Kenize Mourad was born in France to a Turkish Princess and an Indian Raj. For almost fifteen years, she was a reporter and war correspondent, working, most notably, at Le Nouvel Observateur. De la part la princess morte has sold over a million copies worldwide and has been translated into 34 languages. This is Mourad's first novel.