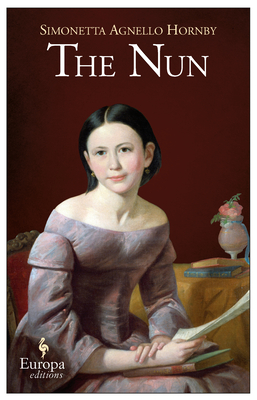 August 15, 1839. Messina, Italy. In the home of Marshall don Peppino Padellani di Opiri, preparations for the feast of the Ascension are underway. This may be the last happy day in the life of Agata, the Marshall's daughter. She and the wealthy Giacomo Lepre have fallen in love. Agata, however, must forsake her beloved Giacomo for the good of her family. Unfortunately the extended families of these illicit lovers cannot come to an agreement in their efforts to put the tawdry matter of their offsprings' affair to rest, and when Marshall don Peppino dies, Agata's mother decides to ferry her daughter far from Messina, to Naples, where she hopes to garner a stipend from the King. The only boat leaving Messina that day is captained by the young Englishman, James Garson.

Following a tempestuous passage to Naples, during which Agata confesses her troubles to James, Agata and her mother find themselves rebuffed by the king and Agata is forced to join a convent. The Benedictine monastery of San Giorgio Stilita is rife with rancor and jealousy, illicit passions and ancient feuds.

But Agata remains aloof, devoting herself to the cultivation of medicinal herbs, calmed by the steady rhythms of monastic life. She reads all the books James Garson sends her and follows the news of the various factions struggling to bring unity to Italy. She has accepted her life as a nun, but she is divided by her yearnings for purity and religiosity and her desire to be part of the world. She is increasingly torn when she realizes that her feelings for James Garson, though he is only a distant presence in her life, have eclipsed those for Lepre.

Simonetta Agnello Hornby was born in Palermo in 1945. Her bestselling debut novel, La Mennulara, published in Italy by Feltrinelli in 2002 and subsequently published in twelve languages, was the recipient of the Forte Village Literary Prize, The Stresa Prize for Fiction, and the Alassio Prize. The Nun, her fifth novel, was awarded the 2011 Italian Pen Prize for the Novel. She has lived in London since 1972.

"A splendid novel that takes us back to the days of the fight for freedom of thought and self-determination, to a glorious era in Italian history when every single woman had the chance to enact a private devolution."  — Books & Books (Italy)

"There is such a wealth of possible readings in this novel...An historical novel, a coming-of-age novel, a perfect portrait of family dynamics, The Nun also gives us, in Agata, an unforgettable heroine." — Gazzetta di Mantova