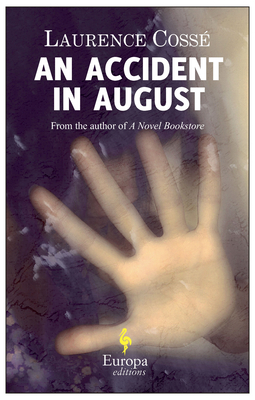 By Laurence CossÉ, Alison Anderson (Translated by)
$15.00
On Our Shelves

From the author of A Novel Bookstore comes further proof of a prodigious and remarkable literary imagination at work. In An Accident in August, Laurence Cossé takes one of the most famous news events of recent world history as the starting point for a novel as intelligent as it is gripping.

Lady Diana, Dodi al Fayed, and Henri Paul are long buried. Today, the paparazzi are busy hounding other celebrities. But fourteen years after the accident that cost the lives of all three, one person involved in the tragedy remains unidentified: the driver of a white Fiat Uno that was in the alma tunnel at the time of the accident. In Cossé's spellbinding novel, the driver of this car, a young French woman on her way home from work that fatal night, sees her life thrown into turmoil when, scared and alone, she flees the scene. While there are no immediate repercussions resulting from her flight, as news of the event spreads and TV stations, papers and radio talk of nothing else for weeks, she is assailed by a growing sense of guilt. Terrified of being found out, questioned, arrested, and thrown headfirst into a media whirlwind, she finds herself paralyzed by fear, paranoia, and a growing sense of remorse. When finally it seems she has evaded both the police and the media spotlights, a mysterious man appears who will force her into a decision that will dramatically change her life.

Wonderfully paced, suspenseful and dramatic, An Accident in August is the story of an ordinary person radically altered by her chance involvement in an extraordinary event.

Laurence Cossé worked as a journalist before devoting herself entirely to fiction. She is the author of the satirical thriller, The Corner of the Veil, and several historical novels including the bestselling Prime Minister's Woman. A Novel Bookstore is her ninth novel. She lives in France.

"A Novel Bookstore makes a good argument for literature as a sensual pleasure surpassing even sex and fine wine."
—The Washington Post

"Cossé is a master of fine storytelling."
—La Repubblica

"A Novel Bookstore is a deeply satisfying manifesto of book love and a sharp indictment of those who would use such love for their own evil purposes."
—The Huffington Post

"Cossé observes the smallets details and imbues them with meaning."
—Three Percent

"A Novel Bookstore is packed with sublime, enthusiastic descriptions of reading and literature."
—Minneapolis Star Tribune