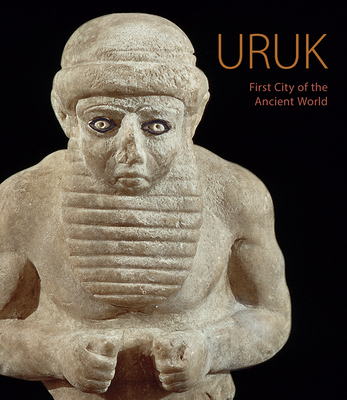 This abundantly illustrated volume explores the genesis and flourishing of Uruk, the first known metropolis in the history of humankind.

More than one hundred years ago, discoveries from a German archaeological dig at Uruk, roughly two hundred miles south of present-day Baghdad, sent shock waves through the scholarly world. Founded at the end of the fifth millennium BCE, Uruk was the main force for urbanization in what has come to be called the Uruk period (4000–3200 BCE), during which small, agricultural villages gave way to a larger urban center with a stratified society, complex governmental bureaucracy, and monumental architecture and art. It was here that proto-cuneiform script—the earliest known form of writing—was developed around 3400 BCE. Uruk is known too for the epic tale of its hero-king Gilgamesh, among the earliest masterpieces of world literature.

Containing over 480 images, this volume represents the most comprehensive and up-to-date assessment of the archaeological evidence gathered at Uruk. More than sixty essays by renowned scholars provide glimpses into the life, culture, and art of the first great city of the ancient world. This volume will be an indispensable reference for readers interested in the ancient Near East and the origins of urbanism.

“A worthy and welcome expansion of literature on Uruk in English, with a cornucopia of images . . . sure to intrigue almost any 21st-century city dweller.”

“There is much here for the non-specialist, and no doubt many of the objects illustrated will be a source of astonishment and delight."
— Apollo

“This book is a valuable resource for all teachers and students of the Bible and world history. . . . Highly recommended. All readership levels.”
— S.M. Burstein