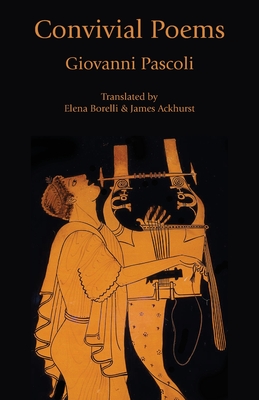 Giovanni Pascoli (1855-1912) is renowned as one of the founders of modern Italian poetry. Embodying the Zeitgeist of fin-de-si cle Italy, his works are inspired by French Symbolism and Decadentism. They also draw on the classical tradition so alive in Italian culture. His unique poetic voice is filled with traditional metrical forms, an uncanny use of onomatopoeic language, and a multilingual vocabulary. He fills his depiction of nature with haunting images and a disquieting sensitivity.

Convivial Poems (Poemi Conviviali) is named for Il Convito, the literary journal where these poems first appeared. The collection represents one of Pascoli's highest achievements. Like T.S. Eliot's The Waste Land, James Joyce's Ulysses, and contemporary post-modernist works, it revisits the classical world to draw new symbols for the modern condition.

Convivial Poems consists of twenty poems, with facing Italian and English, each devoted to a classical figure, fictional or historical. Ulysses, Helen of Troy, and Alexander the Great, among others, are the protagonists of these stories, but they are also signifiers for themes such as desire and the quest for identity in a modern universe deprived of God. Exquisitely written in a language that at times replicates the forms of Latin and Greek, these poems encode the past into the present and blend the old and the new in a vibrant modernist style.