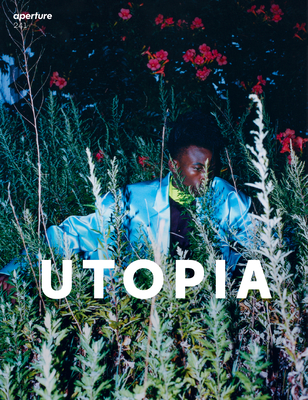 This is book number 241 in the Aperture Magazine series.

This winter, in the wake of a pandemic, global protest movements, and a dramatic presidential election in the United States, Aperture releases "Utopia," an issue that shows that other ways of living are possible--when the collective will exists.

In "Utopia," artists, photographers, and writers envision a world without prisons, document visionary architecture, honor queer space and creativity, and dream of liberty through spiritual self-expression. They show us that utopia is not a far-fetched scheme, but rather a way of reshaping our future.

In a profile, Salamishah Tillet considers Tyler Mitchell's visions of Black people resting in open green space, a democratizing landscape in which Mitchell continuously asks himself: "What are the things that I can do to lessen the inherent hierarchies in the photography-shoot structure of seeing and being seen?" Sara Knelman shows the freeing possibilities of the feminist collage works of Lorna Simpson, Mickalene Thomas, Sara Cwynar, and Alanna Fields. Julian Rose speaks with the filmmaker Matt Wolf about his latest documentary, Spaceship Earth (2020), which follows the people who created Biosphere 2 in 1991. And Antwaun Sargent traces Black queer artists' journeys into immersive desire. "Utopia" also includes compelling portfolios by David Benjamin Sherry, Allen Frame, and Balarama Heller, whose respective works span time and geography, from bohemian New York to a Hare Krishna retreat in India.

"The utopian imagination tends to stir when the world feels simultaneously wrecked and malleable," the writer Chris Jennings notes, in a series of reflections by writers such as Olivia Laing and Nicole R. Fleetwood. Notions of utopia shouldn't be restricted to the fantasy of a fully realized ideal society, or the outsize, often failed, sometimes disastrous schemes and social experiments of the past. Instead, we might consider utopia a mode of vision and thought that shields us from hopelessness.