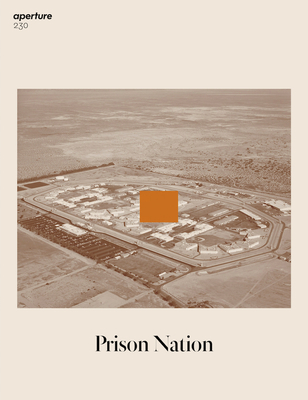 This is book number 230 in the Aperture Magazine series.

How photographs portray the crisis of incarceration in the US. Most prisons and jails across the United States do not allow prisoners to have access to cameras. At a moment when 2.2 million people are incarcerated in the US, 3.8 million people are on probation, and 870,000 former prisoners are on parole, how can images tell the story of mass incarceration when the imprisoned don't have control over their own representation? Organized with the scholar Nicole R. Fleetwood, an expert on art's relation to incarceration, the Spring issue of Aperture magazine addresses the unique role photography plays in creating a visual record of a national crisis. "Prison Nation" will be accompanied by a related exhibition from February 7 through March 7, 2018, as well as a series of six public programs--featuring speakers such as Nigel Poor, Jamel Shabazz, Deborah Luster, Bruce Jackson, Jesse Krimes, Sable Elyse Smith, Joseph Rodriguez, and more--all to take place at Aperture Foundation's gallery.