Salvation on the Small Screen: 24 Hours of Christian Television (Paperback) 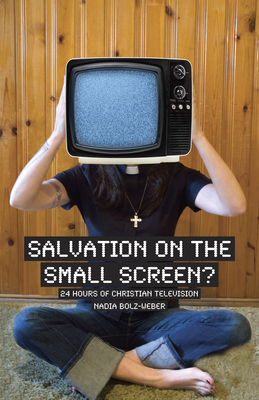 A book for every person who's ever flipped past the religious channel on cable and thought, I haven't the faintest clue what's going on there, or that church doesn't seem like my church at all, or even, wow, so that's what happened to Kirk Cameron. With the personalities of Christian broadcasting constantly in the news talking about every major issue from abortion to culture to war and with the amount of influence their movements have on the the political discourse in this country, to under stand more about the stop on the television dail is to understand more about American and America's religious landscape.

On an average day, the largest religious broadcast channel in the country reaches millions of viewers and features programming from figures such as Benny Hinn, T.D. Jakes, Pat Robertson, Paul and Jan Crouch, Jess Duplantis, Joel Osteen, and others, yet despite it's presence in well over 50 million household many have little conception of what kind of faith happens there. Nadia Bolz-Weber, a Lutheran seminarian and former stand-up comic who's never before watched religious broadcasting, spends 24 hours in front of the TV immersing herself in the messages and culture to be found on the part of the dial. Bolstered by visits from guest such as rabbi, her 8-year-old daughter, Unitarian friend, and others, Salvation on the Small Screen? is Bolz-Weber's chronicle, augmented by after-the-fact research, of a huge, but unknown or mysterious to many, branch of religious culture.