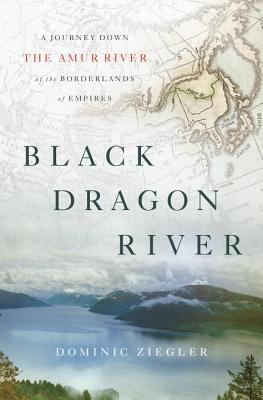 By Dominic Ziegler
Unavailable, our apologies.
Sorry, We Can Not Obtain this Book at This Time

Black Dragon Riveris a personal journey down one of Asia's great rivers that reveals the region's essential history and culture. The world's ninth largest river, the Amur serves as a large part of the border between Russia and China. As a crossroads for the great empires of Asia, this area offers journalist Dominic Ziegler a lens with which to examine the societies at Europe's only borderland with east Asia. He follows a journey from the river's top to bottom, and weaves the history, ecology and peoples to show a region obsessed with the past and to show how this region holds a key to the complex and critical relationship between Russia and China today.
One of Asia's mightiest rivers, the Amur is also the most elusive. The terrain it crosses is legendarily difficult to traverse. Near the river's source, Ziegler travels on horseback from the Mongolian steppe into the taiga, and later he is forced by the river's impassability to take the Trans-Siberian Railway through the four-hundred-mile valley of water meadows inland. As he voyages deeper into the Amur wilderness, Ziegler also journeys into the history of the peoples and cultures the river's path has transformed.
The known history of the river begins with Genghis Khan and the rise of the Mongolian empire a millennium ago, and the story of the region has been one of aggression and conquest ever since. The modern history of the river is the story of Russia's push across the Eurasian landmass to China. For China, the Amur is a symbol of national humiliation and Western imperial land seizure; to Russia it is a symbol of national regeneration, its New World dreams and eastern prospects. The quest to take the Amur was to be Russia's route to greatness, replacing an oppressive European identity with a vibrant one that faced the Pacific. Russia launched a grab in 1854 and took from China a chunk of territory equal in size nearly to France and Germany combined. Later, the region was the site for atrocities meted out on the Russian far east in the twentieth century during the Russian civil war and under Stalin.
The long shared history on the Amur has conditioned the way China and Russia behave toward each other and toward the outside world. To understand Putin's imperial dreams, we must comprehend Russia's relationship to its far east and how it still shapes the Russian mind. Not only is the Amur a key to Putinism, its history is also embedded in an ongoing clash of empires with the West.

Dominic Ziegler isThe Economist's Asia editor. He was the founding author of Banyan, The Economist s weekly column on Asian affairs. He has previously served as the magazine s Tokyo bureau chief and as its Greater China correspondent. In that role, he openedThe Economist s first mainland bureau in Beijing in 1994. He has been with the magazine since 1986."