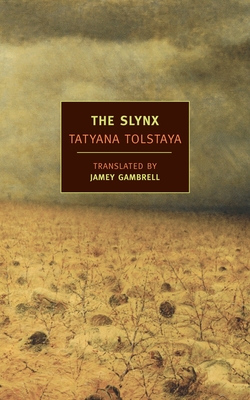 In a city where everyone has read more than you have and knows more about literature than you do, read this with the knowledge that you still have the upper-hand soulwise. This is a story about really reading, about reading not just books, but the world -- and yourself. It is rich in texture, horror, soul, wit, and drama, but not redemption. Because there is no redemption in this game -- only nonstop, unrelenting, uncaring time.

This weird Russian novel imagines humanity some 200 years after the cataclysmic Blast. Slapstick but cynical, Tolstaya writes like Bolaño, but a Bolaño tripping balls on LSD instead of heroin - they share a sentimental nihilism, or a precise tossed-offedness. In other words, instead of lists of dead girls, we get straight-faced descriptions of people's post-nuclear Consequences, like nostrils sprouted on knees and extra legs. This book is hilarious and tragic, bizarre and bizarrely moving. (There is, I think, a little Benedikt in all of us.)

Two hundred years after civilization ended in an event known as the Blast, Benedikt isn’t one to complain. He’s got a job—transcribing old books and presenting them as the words of the great new leader, Fyodor Kuzmich, Glorybe—and though he doesn’t enjoy the privileged status of a Murza, at least he’s not a serf or a half-human four-legged Degenerator harnessed to a troika. He has a house, too, with enough mice to cook up a tasty meal, and he’s happily free of mutations: no extra fingers, no gills, no cockscombs sprouting from his eyelids. And he’s managed—at least so far—to steer clear of the ever-vigilant Saniturions, who track down anyone who manifests the slightest sign of Freethinking, and the legendary screeching Slynx that waits in the wilderness beyond.

Tatyana Tolstaya’s The Slynx reimagines dystopian fantasy as a wild, horripilating amusement park ride. Poised between Nabokov’s Pale Fire and Burgess’s A Clockwork Orange, The Slynx is a brilliantly inventive and shimmeringly ambiguous work of art: an account of a degraded world that is full of echoes of the sublime literature of Russia’s past; a grinning portrait of human inhumanity; a tribute to art in both its sovereignty and its helplessness; a vision of the past as the future in which the future is now.

Born in Leningrad, Tatyana Tolstaya comes from an old Russian family that includes the writers Leo and Alexei Tolstoy. She studied at Leningrad State University and then moved to Moscow, where she continues to live. She is also the author of Pushkin’s Children: Writings on Russia and Russians.

Jamey Gambrell is a writer on Russian art and culture. Her translations include  Marina Tsvetaeva's Earthly Signs: Moscow Diaries 1917—1922 and Vladimir Sorokin's  Ice, published by NYRB Classics on December 2006.

“The hero of this spellbinding futuristic novel, a government scribe
named Benedikt, lives in a primitive settlement on the site of Moscow,
two hundred years after "the Blast." No one knows quite how the old
world was destroyed; as Benedikt puts it, "People were playing around
and played too hard with someone's arms." Citizens born after the Blast
exist on a diet of mice and "worrums" and bear frightening mutations,
or 'Consequences' -- a tail, a single eye, a head covered with fringed
red coxcombs. Other inhabitants, called Oldeners, haven't aged at all
since the Blast, and harbor memories of a lost culture that go unheeded
by their descendants. Tolstaya's radioactive world is a cunning blend
of Russia's feudal and Soviet eras, with abuse of serfs, mandatory
government service, and regulation of literature. The dangers that
threaten, however, feel more contemporary: to the south, Chechens; and
to the west a civilization that might hold some promise, except that
its members "don't know anything about us." —The New Yorker

“Though her short fiction combines a Chekhovian talent for character development with an Isaac Babeln like economy of prose, The Slynx is a complex, deeply rewarding masterwork about a man preserving the charred remains of Russian high culture.” –The Washington City Paper

"The post-nuclear world is not so different from what many readers might imagine—a mutant race has emerged, mice are an important food group, and books are banned. And to make life for the proletariat even harder, a murderous creature called the slynx is preying on the city’s workers. Benedikt seems to live an almost charmed life as one of the dictator’s scribes, plagiarizing liberally to make Kablukov the creator of all things wonderful and wise. Then he develops a taste for knowledge, and realizes he must be the revolution." --School Library Journal

“Tolstaya offsets layers of exquisitely constructed language with the colloquial and the idiomatic and in a similar way layers the commonplace with the supernatural. The creation of a brilliant jumble of motley metaphors is her gift – not plot, trajectory, or the arc of a story, but the plunge into the middle of dazzling verbiage, her bright universe.” –The Boston Phoenix

“Though some may already consider contemporary Russia a kind of
dystopia, things could yet be worse, as posited in Tolstaya's
intelligent debut novel (after two acclaimed story collections,
Sleepwalker in a Fog and On the Golden Porch). Some kind of nuclear
accident has turned all of Russia into a postapocalyptic wasteland,
where snow falls constantly and mice are the staple of people's diets.
Moscow has been ruled by a series of petty despots, each of whom
renames the great city after himself. The latest ruler is Fyodor
Kuzmich, who employs vast numbers of scribes to copy his writings
(actually plagiarized versions of great literary works). One of these
scribes is Benedikt, a simple man who has never actually read a book.
But Oldeners-people who survived the blast-keep secret libraries, and
when one of them introduces Benedikt to his collection, it begins a
cycle of learning that gives Benedikt serious political ambitions,
enough to start yet another Russian revolution. It takes some time for
a plot to develop, but Tolstaya sketches a vivid picture of life in
this permanent winter ("Give black rabbit meat a good soaking, bring it
to boil seven times, set it in the sun for a week or two, then steam it
in the oven-and it won't kill you"). If the author's name looks
familiar, it's because it is: Tolstaya is Leo Tolstoy's great-grandniece, so writing about Russian tyranny is something of a family tradition. In this extended fable, she captures the Russian yearning for culture, even in desperate circumstances. Gambrell ably translates the mix of neologisms and plain speech with which Tolstaya describes this devastated world. (Jan. 15) Forecast: Tolstaya is a
frequent contributor to the New York Review of Books and other journals, and this novel will likely benefit from its simultaneous publication with a collection of her essays (Pushkin's Children: Writings on Russia and Russians; Mariner).” Copyright 2002 Cahners Business Information. —Publishers Weekly

"With the publication . . . of THE SLYNX, [Tolstaya] will . . . be granted a place alongside her exalted countrymen Nabokov, Bulgakov, and Gogol . . ." —Bookforum

“In a society turned primitive by nuclear holocaust, people hunt mice
and tremble at the mention of a mysterious forest creature called the
slynx; of course, they are utterly ignorant, as books are banned. This
scenario may sound familiar, but what's new is the setting. Tolstaya, a
noteworthy essayist and short story writer descended from the mighty
Tolstoy, places her tale in a futuristic Russia and imbues it with a
Russian's typically mournful optimism. At its heart is Benedikt, scribe
to the tyrant who rules this sorry land. Timid Benedikt has yet to read
a book, but in the course of the novel he discovers the libraries owned
by the Oldeners, those who recall the world before the fateful blast.
Not surprisingly, he finds that literature is both liberating and
dangerous. The story starts slowly but gathers strength; it is
particularly interesting to see a Russian interpretation of dystopia
and to imagine parallels with Russian history. Not for your average
reader of futuristic tales, this belongs instead in all literary
collections.” [Previewed in Prepub Alert, LJ 9/15/02.]-Barbara Hoffert,
Library Journal Copyright 2003 Cahners Business Information. —Library
Journal

“A strikingly imagined first novel (after stories: On the Golden Porch,
1989; Sleepwalker in a Fog, 1992) skillfully creates a frightening and
perversely funny postnuclear world. The setting is what once was
Moscow, two hundred years after "the Blast" that leveled the
metropolis, leaving a frozen wasteland clogged with trash and populated
by a mixture of "normal" human beings and grotesque mutants. Moscow is
now called Fyodor-Kuzmichsk, in honor of its seldom-seen dictator
Kablukov, a paternalistic egotist who is reputed to have invented every
useful object now known to man and to be the author of the classic
literary works he blithely plagiarizes. A ravenous mythical beast, the
slynx, further impairs the wretched lives of oppressed workers
("Golubchiks"), prowling the ruined city's dark outskirts. And
Benedikt, a Golubchik employed as one of the numerous scribes recording
the dictator's ostensible works, naively incarnates both his people's
passive servitude, and-once he's introduced to forbidden books by
"Oldeners" who deny Fyodor Kuzmich's virtual divinity-their urge toward enlightenment and freedom. Sustained by his love for his fiancée
Olenka, and encouraged by his putative father-in-law Kudeyar
Kudeyarich, Benedikt aspires to further knowledge ("He dreamt he knew
how to fly"), loses his own mutant status (surrendering his vestigial
tail), and finds himself crucially involved in a "revolution" that ends
Fyodor Kuzmich's abuses of power even as it recycles them in different
forms. The slynx is thus less mythic than symbolic: it's the beast in
man. Tolstaya enriches this mordant farce with a wealth of weird
supporting detail reminiscent of Anthony Burgess's futuristic classic
A Clockwork Orange. An ending note informs us that The Slynx was written between 1986 and 2000, and it's easy to see why. A densely woven,
thought-provoking fantasy, and an impressive step forward for the
gifted Tolstaya.” —Kirkus Reviews

The Slynx, with its comical, tragical, post-nuclear holocaust setting, is a satirical blast, a linguistically inventive glimpse of a future nobody wants to see.
— Alan Cheuse, All Things Considered

It is impossible to communicate adequately the richness, the exuberance, and the horrid inventiveness of The Slynx.
— John Banville, The New Republic

[a] spellbinding futuristic novel....Tolstaya’s radioactive world is a cunning blend of Russia’s feudal and Soviet eras, with abuse of serfs, mandatory government service, and regulation of literature. The dangers that threaten, however, feel more contemporary: to the south, Chechens; and to the west a civilization that might hold some promise, except that its members “don’t know anything about us.”
— The New Yorker
The Slynx is a profound work. It is well served by Jamey Gambrell’s fine translation.
— Books in Canada