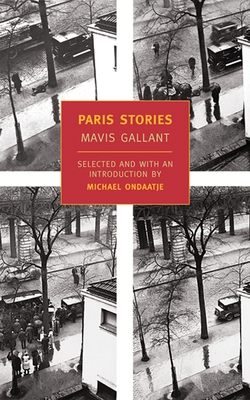 Mavis Gallant is a contemporary legend, a frequent contributor to The New Yorker for close to fifty years who has, in the words of The New York Times, "radically reshaped the short story for decade after decade." Michael Ondaatje's new selection of Gallant's work gathers some of the most memorable of her stories set in Europe and Paris, where Gallant has long lived. Mysterious, funny, insightful, and heartbreaking, these are tales of expatriates and exiles, wise children and straying saints. Together they compose a secret history, at once intimate and panoramic, of modern times.

Mavis Gallant was born in Montreal and worked as a journalist at the Montreal Standard before moving to Europe to devote herself to writing fiction. After traveling extensively she settled in Paris, where she still resides. She is the recipient of the 2002 Rea Award for the Short Story and the 2004 PEN/Nabokov Award for lifetime achievement. New York Review Books Classics has published previous collections of Gallant's stories, Varieties of Exile and The Cost of Living.

“Often, her fiction drew its energy from contradictory qualities: her stories were minutely observed but also suspenseful, matter-of-fact but also fanciful, reportorial but also imaginative. They were broad-minded, and so felt real…it feels as concrete as anything you might read in the newspaper or see with your own eyes. Gallant had a rare gift: a solid imagination.” —The New Yorker

"Ms. Hellier [owner of the English language Village Voice bookstore on Paris's Left Bank] said if she were to recommend one work of fiction set in Paris, it would be Paris Stories by Mavis Gallant, a collection of short stories by the Canadian-born writer who long wrote for The New Yorker." --The New York Times

“One of the most brilliant story writers in the language, who deserves to be read as widely as her fellow Canadian Alice Munro. No one writes about brutish people like Gallant; she transforms the meanest human specimens into subjects of high fascination and sympathy, which makes her excellent reading for overheated festival subway commutes.” --Alexandra Schwartz, The New Yorker