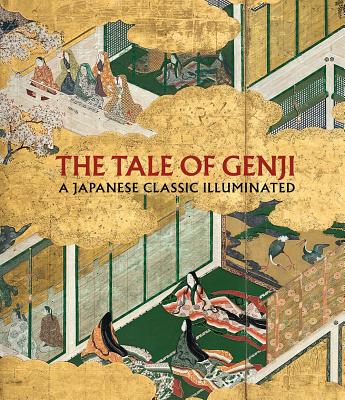 By John Carpenter, Melissa McCormick
$65.00
On Our Shelves

A comprehensive exploration of the rich visual culture inspired by the exceptional 11th-century literary masterpiece, from early screen paintings through contemporary manga

With its vivid descriptions of imperial society, gardens, and architecture in early 11th-century Japan, The Tale of Genji—recognized as the world’s first psychological novel—has captivated audiences around the globe and inspired artistic traditions for 1,000 years. This handsomely designed and illustrated book explores the outstanding art associated with Genji through in-depth essays and discussions of nearly 120 works.

TheTale of Genji has influenced all forms of Japanese artistic expression, from intimately scaled albums and fans to boldly designed hanging scrolls and screen paintings by the most esteemed artists and calligraphers of every school and era. Scenes from the tale adorn decorative objects used in everyday life, including robes, lacquer boxes, containers for grooming tools and writing implements, incense burners, and even palanquins for transporting young brides to their new homes. The authors, both art historians and Genji scholars, discuss the tale’s transmission and reception over the centuries; illuminate its place within the history of Japanese literature and calligraphy; highlight its key episodes and characters; and explore its wide-ranging influence on Japanese culture, design, and aesthetics into the modern era.

John T. Carpenter is Mary Griggs Burke Curator in the Department of Asian Art at The Metropolitan Museum of Art. Melissa McCormick is professor of Japanese art and culture at Harvard University.

“This expansive look into art inspired by the 11th-century Japanese novel The Tale of Genji examines everything from screen paintings to modern manga.”—Clare Swanson, Publishers Weekly