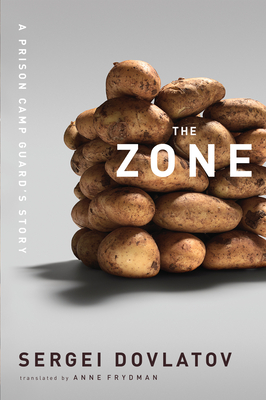 Written in Sergei Dovlatov's unique voice and unmatched style, The Zone is a satirical novelization of Dovlatov's time as a prison guard for the Soviet Army in the early 1960s. Snapshots of the prison are juxtaposed with the narrator's letters to Igor Markovich of Hermitage Press in which he urges Igor to publish the very book we're reading. As Igor receives portions of the prison camp manuscript, so too does the reader.
Arguably Dovlatov's most significant work, The Zone illuminates the twisted absurdity of the life of a prison guard: "Almost any prisoner would have been suited to the role of a guard. Almost any guard deserved a prison term." Full of Dovlatov's trademark dark humor and dry wit, The Zone's narrator is an extension of his author, and the book fittingly begins with the following disclaimer: "The names, events, and dates given here are all real. I invented only those details that were not essential. Therefore, any resemblance between the characters in this book and living people is intentional and malicious. And all fictionalizing was unexpected and accidental." What follows is a complex novel that captures two sides of Dovlatov: the writer and the man.

Sergei Dovlatov was born in Ufa, Bashkiria (U.S.S.R.), in 1941. He dropped out of the University of Leningrad after two years and was drafted into the army, serving as a guard in high–security prison camps. In 1965 he began to work as a journalist, first in Leningrad and then in Tallinn, Estonia. After a period of intense harassment by the authorities, he emigrated to the United States in 1978. He lived in New York until his death in 1990.