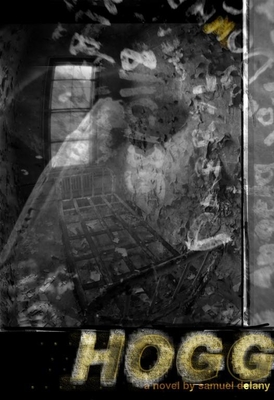 Acclaimed winner of the William Whitehead Memorial Award for a lifetime's contribution to gay and lesbian literature, Samuel R. Delany wrote Hogg three decades ago. Since then it has been one of America's most famous 'unpublishable' novels. The subject matter of Hogg is our culture of sexual violence and degeneration. Delany explores his disturbing protagonist Hogg on his own turf--rape, pederasty, sexual excess--exposing an area of violence and sexual abuse from the inside. As such, it is a brave book.

Samuel R. Delany is one of the most celebrated writers of speculative fiction and is also a noted author of scripts, a director, and the editor of two short films. His novel Babel-17 (Vintage, 2002) won the Science Fiction Writers of America Award in 1966 and he has also won four Nebula Awards and one Hugo Award. His other books include The Bridge of Lost Desire (Arbor House, 1987), Dhalgren (University Press of New England, 1996), Atlantis: Three Tales (Wesleyan University Press, 1995), The Star Pits (Tor Books, 1989), and Equinox (Masquerade, 1994). He currently teaches Queer Studies at Temple University.

"There is no question that Hogg by Samuel R. Delany is a serious book with literary merit."
-Norman Mailer


"Hogg is a truly significant book. It is distasteful, raw, and upsetting; it also treats some of the sexual taboos that Americans do not want addressed in either art or politics. Hogg is an artistic triumph, as well as a political one." -John O'Brien, Dalkey Archive Press


"The most shocking novel published in the 20th century." --American Book Review