The Life and Death of a Minke Whale in the Amazon: Dispatches from the Brazilian Rainforest (Paperback) 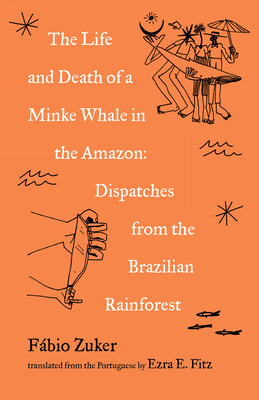 As the Amazon burns, F bio Zuker shares stories of resistance, self-determination, and kinship with the land. In 2007, a seven-ton minke whale was found stranded on the banks of the Tapaj's River, hundreds of miles into the Amazon rainforest. For days, environmentalists, journalists, and locals followed the lost whale, hoping to guide her back to the ocean, but ultimately proved unable to save her. Ten years later, journalist F bio Zuker travels to the state of Par , to the town known as "the place where the whale appeared," which developers are now eyeing for mining, timber, and soybean cultivation. In these essays, Zuker shares intimate stories of life in the rainforest and its surrounding cities during an age of raging wildfires, mass migration, populist politics, and increasing deforestation. As a group of Venezuelan migrants wait at a bus station in Manaus, looking for a place more stable than home, an elder in Alter do Ch o becomes the first Indigenous person in Brazil to die from COVID-19 after years of fighting for the rights and recognition of the Borari people.
The subjects Zuker interviews are often torn between ties with their ancestral territories and the push for capitalist gain; The Life and Death of a Minke Whale in the Amazon captures the friction between their worlds and the resilience of movements for autonomy, self-definition, and respect for the land that nourishes us.