The Way of the Dog (Paperback) 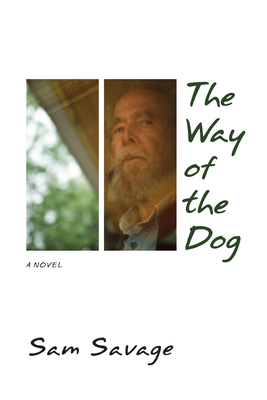 Harold Nivenson's character proves wrong all those who purport that a character must be "likeable". There is very little that is likeable about Harold, but he's bitingly intelligent, and complex, and angry. You need to keep reading, if not for Savage's addictive prose, then to find out what made Harold so unhappy. And if not for that, then for the scathing critique of the gentrifying class.

Sam Savage creates] some of the most original, unforgettable characters in contemporary fiction. . . . Readers are left with a voice so strong that Savage is able to derive significance from these events by sheer literary force.--Kevin Larimer, Poets & Writers

Savage's skill is in creating complex first-person characters using nothing but their own voice.--Carolyn Kellogg, Los Angeles Times

Sam Savage's most intimate, tender novel yet follows Harold Nivenson, a decrepit, aging man who was once a painter and arts patron. The death of Peter Meinenger, his friend turned romantic and intellectual rival, prompts him to ruminate on his own career as a minor artist and collector and make sense of a lifetime of gnawing doubt.

Over time, his bitterness toward his family, his gentrifying neighborhood, and the decline of intelligent artistic discourse gives way to a kind of peace within himself, as he emerges from the shadow of the past and finds a reason to live, every day, in the now.

Sam Savage is the best-selling author of Firmin: Adventures of a Metropolitan Lowlife, The Cry of the Sloth, and Glass. A native of South Carolina, Savage holds a PhD in philosophy from Yale University. He resides in Madison, Wisconsin.

Sam Savage is the bestselling author of Firmin: Adventures of a Metropolitan Lowlife, The Cry of the Sloth, and Glass. A native of South Carolina, Sam Savage holds a PhD in philosophy from Yale University. Savage resides in Madison, Wisconsin.

"Stream-of-consciousness fiction with a satisfying emotional weight: another intriguing experiment in narrative voice from Savage."Kirkus Reviews