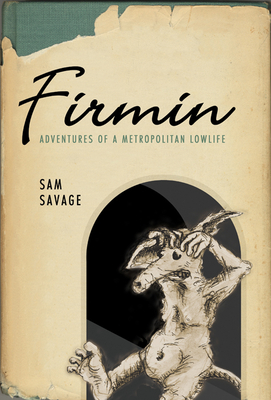 By Sam Savage, Michael Mikolowski (Illustrator)
Unavailable, our apologies.
Sorry, We Can Not Obtain this Book at This Time

I opened this book expecting not to like it, but its narrator won me over. The premise is deceptively simple: A rat raised on books longs to befriend a human. Really, it's about the insufficiency of language, the limitations of our bodies, the hugeness of the world, and our insignificance within it. As bleak as that sounds, Savage executes it humorously. A thoroughly enjoyable, intelligent story.

"I had always imagined that my life story...would have a great first line: something like Nabokov's 'Lolita, light of my life, fire of my loins;' or if I could not do lyric, then something sweeping like Tolstoy's 'All happy families are alike, but every unhappy family is unhappy in its own way.'... When it comes to openers, though, the best in my view has to be the first line of Ford Madox Ford's The Good Soldier 'This is the saddest story I have ever heard.'"

So begins the remarkable tale of Firmin the rat. Born in a bookstore in a blighted 1960's Boston neighborhood, Firmin miraculously learns how to read by digesting his nest of books. Alienated from his family and unable to communicate with the humans he loves, Firmin quickly realizes that a literate rat is a lonely rat.

Following a harrowing misunderstanding with his hero, the bookseller, Firmin begins to risk the dangers of Scollay Square, finding solace in the Lovelies of the burlesque cinema. Finally adopted by a down-on-his-luck science fiction writer, the tide begins to turn, but soon they both face homelessness when the wrecking ball of urban renewal arrives.

In a series of misadventures, Firmin is ultimately led deep into his own imaginative soul--a place where Ginger Rogers can hold him tight and tattered books, storied neighborhoods, and down-and-out rats can find people who adore them.

A native of South Carolina, Sam Savage now lives in Madison, Wisconsin. This is his first novel.

Sam Savage is the author of the bestseller Firmin: Adventures of a Metropolitan Lowlife, an American Library Association Notable Book and Barnes & Noble Discover Great New Writers Award finalist. A native of South Carolina, Savage holds a PhD in philosophy from Yale University, was once an editor of a literary quarterly, and now lives in Madison, Wisconsin. Michael Mikolowski, illustrator of Firmin and editor of the now defunct arts and comic 'zine Meat City, is an artist who lives just outside of Detroit.