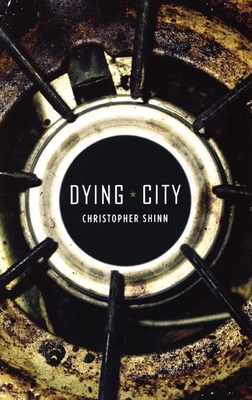 By Christopher Shinn
$13.95
On Our Shelves Now - Available to Ship to Your Home

"The finest new American play I've seen in a long while . . . Dying City is a political play and also a psychodrama about what Arthur Miller called the politics of the soul. It's about public conscience and private grief, and real and symbolic catastrophes."--The New York Observer

"Anyone who doubts that Mr. Shinn is among the most provocative and probing of American playwrights today need only experience the . . . sophisticated welding of form and content that is Dying City."--The New York Times

In Christopher Shinn's new play Dying City, a young therapist, Kelly, whose husband Craig was killed while on military duty in Iraq, is confronted a year later by his identical twin Peter, who suspects that Craig's death was not accidental. Set in a spare downtown-Manhattan apartment after dark, scenes shift from the confrontation between Peter and Kelly, to Kelly's complicated farewell with her husband Craig. Shinn's creepy, sophisticated drama--infused with references to 9/11 and the war in Iraq--explores how contemporary politics and recent history have transformed the lives of these three characters.

Christopher Shinn was born in Hartford, Connecticut, and lives in New York. His plays include Where Do We Live, Other People, What Didn't Happen, and On the Mountain, which have been widely produced in New York, across the United States, and in London. He is the recipient of an OBIE Award in Playwriting, as well as the Robert S. Chesney Award. He teaches playwriting at The New School for Drama.

Christopher Shinn was born in Hartford, CT and lives in New York. His plays include "Where Do We Live," "Other People," "What Didn't Happen" and "On the Mountain." His work has been produced around the world. He is a winner of an OBIE in Playwriting and the Robert S. Chesney Award. He teaches playwriting at the New School.