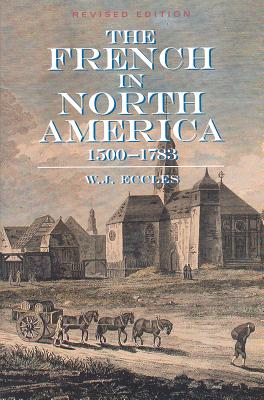 This vivid account of the crucial role played by the French in the Western Hemisphere chronicles the rise and fall of the French empire on the mainland of North America and the West Indies, from the arrival of the Breton, Norman and Basque fishermen on the Grand Banks around 1500 to the sale of Louisiana to the United States in 1803.

Professor Eccles depicts the establishment of Baroque civilization and the attempt of the establishment of industries and commerce from the slave plantations of the south to the fur trade posts of the far northwest, and discusses the colonists of other European powers.

William John Eccles was born in Yorkshire, England in 1917 and came to Canada in 1928. He served overseas in the RCAF during World War II before studying at McGill University and the Sorbonne. A well-known historian and former faculty member of the Universities of Manitoba and Alberta, and was professor emeritus at the University of Toronto. He has written several articles and books on Canadian history, with an emphasis on the social history of New France.