Beyond Good and Evil: Prelude to a Philosophy of the Future (Paperback) 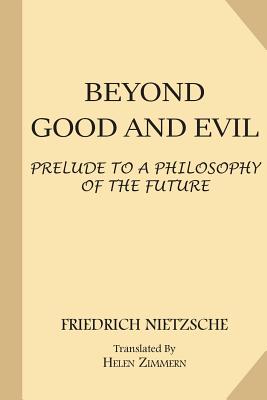 First published in 1886, Beyond Good and Evil: Prelude to a Philosophy of the Future is another classic philoshophical work of Friedrich Nietzsche which expands the ideas of his previous work, Thus Spake Zarathustra, with a more critical and polemical approach. This work moves into the realm "beyond good and evil" in the sense of leaving behind the traditional morality which Nietzsche subjects to a destructive critique in favour of what he regards as an affirmative approach that fearlessly confronts the perspectival nature of knowledge and the perilous condition of the modern individual.
Excerpt from the book's Introduction
Here, in spite of its name, is one of the most serious, profound, and original philosophical works. It offers a feast of good things to the morally and intellectually fastidious, which will take long to exhaust. There is really something new in the book much that is new Burke says, in his "Reflections on the Revolution in France" (p. 128), "We Englishmen] know that we have made no discoveries, and we think that no discoveries are to be made in morality." The latter statement, which still represents the general views of Englishmen, is now proved to be entirely mistaken. Discoveries have now been made in the realm of morals, which are perhaps even more practically important than all the discoveries in physical science; and it is to Nietzsche especially that we are indebted for those discoveries, which are set forth, in part at least, in this volume the very discoveries, in fact, which Burke himself required, in order to give a satisfactory answer to the French Revolutionists. ...
-Thomas Common.