Commerce of the Prairies (Paperback) 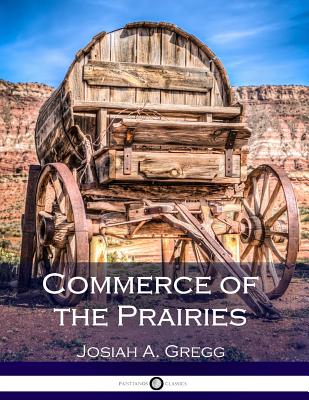 Josiah A. Gregg, an experienced trader on the plains of western North America, details here the caravan networks and exchange of goods across the vast prairie lands in the 1830s and 1840s.
A detailed yet lively chronicle, Commerce of the Prairies takes the reader back to a bygone era. At a time before the automobile or interstate commerce ignited the dynamism of an industrialized United States, there were individual merchants, traders and citizens working toward making their own lives and societies more prosperous and comfortable.
To this end, settlers established trade routes and roads across what is now New Mexico, Texas, California and Nevada. One of the main trading partners was Mexico; it was often to Tijuana and other north Mexican towns that traders loaded their wagons and set off. One of the first cities to grow out of trading posts was Santa Fe, New Mexico - it is this locale that Josiah A. Gregg gained the most personal experience trafficking commodities.
The Great Western plains were vast and scarcely charted. Traders would encounter unusual creatures in the desert which they had never seen, such as lizards and rattlesnakes. Occasionally they would witness or even partake in the ancient ceremonies of the local Native American tribes, whose traditions were starkly different to those of the incipient European settlers. Several chapters of this book are devoted to the Indian tribes; Gregg notes the marked variations in culture and behavior between Native American groups, noting that each held a distinct identity and customs.
The trading roads crisscrossed around the Southwest United States; although their condition varied and dangers were many, they formed the genesis of a new, organized and mercantile society. It was this early trade, and the adventures so many merchants found themselves in, that laid the groundwork for cities to come, and by extension the modern United States and Mexico as we know them today.
This edition of Commerce of the Prairies contains all of the illustrations presented in the original publication, allowing readers to better visualize life upon the plains long ago. Also present are the original notes and tables appended by Gregg.