Narrative of the Life of Frederick Douglass, an American Slave (Great Classics #37) (Paperback) 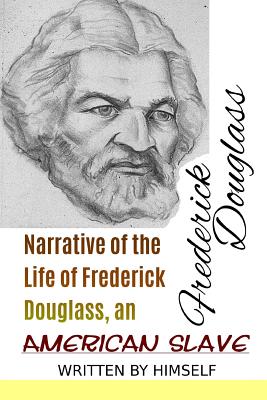 
Classics for Your Collection:
goo.gl/U80LCr
---------
Narrative of the Life of Frederick Douglass is an 1845 memoir and treatise on abolition written by famous orator and former slave Frederick Douglass. It is generally held to be the most famous of a number of narratives written by former slaves during the same period.
In factual detail, the text describes the events of his life and is considered to be one of the most influential pieces of literature to fuel the abolitionist movement of the early 19th century in the United States.
Narrative of the Life of Frederick Douglass encompasses eleven chapters that recount Douglass's life as a slave and his ambition to become a free man.
The Narrative of the Life of Frederick Douglass was published on May 1, 1845, and within four months of this publication, five thousand copies were sold. By 1860, almost 30,000 copies were sold.
After publication, he sailed to England and Ireland for two years in fear of being recaptured by his owner in the United States. While in Britain and Ireland, he gained supporters who paid $710.96 to purchase his emancipation from his legal owner.
One of the more significant reasons Douglass published his Narrative was to offset the demeaning manner in which white people viewed him. When he spoke in public, his white abolitionist associates established limits to what he could say on the platform. More specifically, they did not want him to analyze the current slavery issues or to shape the future for black people.
However, once Narrative of the Life of Frederick Douglass was published, he was given the liberty to begin more ambitious work on the issue rather than giving the same speeches repetitively. Because of the work in his Narrative, Douglass gained significant credibility from those who previously did not believe the story of his past.
While in Ireland the Dublin edition of the book was published by the abolitionist printer Richard D. Webb to great acclaim and Douglass would write extensively in later editions very positively about his experience in Ireland. His newfound liberty on the platform eventually led him to start a black newspaper against the advice of his "fellow" abolitionists.
The publication of Narrative of the Life of Frederick Douglass opened several doors, not only for Douglass's ambitious work, but also for the anti-slavery movement of that time.
Scroll Up and Grab Your Copy
Classic Books Available at Amazon's CreateSpace:
goo.gl/0oisZU

Frederick Douglass (born Frederick Augustus Washington Bailey, (1818 - 1895) was an African-American social reformer, abolitionist, orator, writer, and statesman. After escaping from slavery in Maryland, he became a national leader of the abolitionist movement from Massachusetts and New York, gaining note for his dazzling oratory and incisive antislavery writings. In his time he was described by abolitionists as a living counter-example to slaveholders' arguments that slaves lacked the intellectual capacity to function as independent American citizens. Northerners at the time found it hard to believe that such a great orator had once been a slave. Douglass wrote several autobiographies. He described his experiences as a slave in his 1845 autobiography, Narrative of the Life of Frederick Douglass, an American Slave, which became a bestseller, and was influential in promoting the cause of abolition, as was his second book, My Bondage and My Freedom (1855). After the Civil War, Douglass remained an active campaigner against slavery and wrote his last autobiography, Life and Times of Frederick Douglass. First published in 1881 and revised in 1892, three years before his death, it covered events during and after the Civil War. Douglass also actively supported women's suffrage, and held several public offices. Without his approval, Douglass became the first African American nominated for Vice President of the United States as the running mate and Vice Presidential nominee of Victoria Woodhull, on the Equal Rights Party ticket. Douglass was a firm believer in the equality of all peoples, whether black, female, Native American, or recent immigrant. He was also a believer in dialogue and in making alliances across racial and ideological divides, and in the liberal values of the American Constitution. When radical abolitionists under the motto "No Union With Slaveholders," criticized Douglass' willingness to dialogue with slave owners, he famously replied: "I would unite with anybody to do right and with nobody to do wrong."