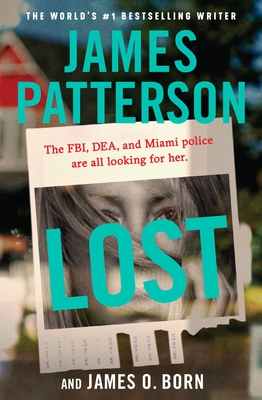 In this action-packed thriller, Miami just got a lot more dangerous—especially for one innocent young woman running for her life.

The city of Miami is Detective Tom Moon's back yard. He's always kept it local, attending University of Miami on a football scholarship, and, as a Miami PD officer, protecting the city's most vulnerable.

Now, as the new leader of an FBI task force called "Operation Guardian," it's his mission to combat international crime. Moon's investigative team discovers that the opportunistic "Blood Brothers"—Russian nationals Roman and Emile Rostoff—have evaded authorities while building a vast, powerful, and deadly crime syndicate throughout Europe and metropolitan Miami.

Moon played offense for U of M, but he's on the other side of the field this time. And as the Rostoffs zero in on a target dear to Tom, they're not playing by anyone's rules.

James Patterson is the world's bestselling author and most trusted storyteller. He has created many enduring fictional characters and series, including Alex Cross, the Women's Murder Club, Michael Bennett, Maximum Ride, Middle School, and I Funny. Among his notable literary collaborations are The President Is Missing, with President Bill Clinton, and the Max Einstein series, produced in partnership with the Albert Einstein Estate. Patterson's writing career is characterized by a single mission: to prove that there is no such thing as a person who "doesn't like to read," only people who haven't found the right book. He's given over three million books to schoolkids and the military, donated more than seventy million dollars to support education, and endowed over five thousand college scholarships for teachers. The National Book Foundation recently presented Patterson with the Literarian Award for Outstanding Service to the American Literary Community, and he is also the recipient of an Edgar Award and six Emmy Awards. He lives in Florida with his family. James O. Born is an award-winning crime and science-fiction novelist as well as a career law-enforcement agent. A native Floridian, he still lives in the Sunshine State.