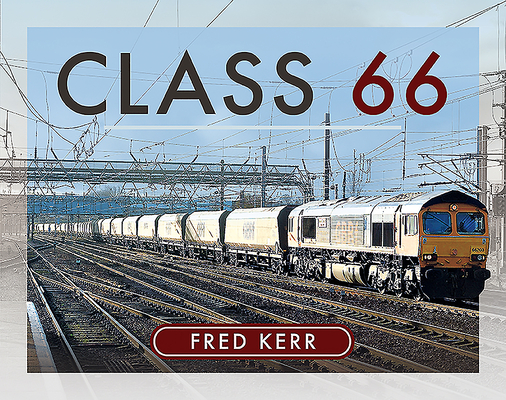 When British Railways (BR) was privatized in April 1994 some of the freight companies were bought by English Welsh Scottish Railways (EWSR), which immediately reviewed the mixed locomotive fleet and led to the decision to purchase 250 locomotives from General Motors (USA), based on that company's earlier Class 59 design supplied to Foster Yeoman in 1985. Delivered to Newport Docks each locomotive was lubricated, filled with fuel and water and released to traffic within hours of being craned onto the quayside.

The early privatized freight market was geared to the heavy industries but the changes of Government policies to counteract global warming has seen consequent changes in freight operations whilst global trading has seen massive growth in the movement of containers between ports and inland distribution centres.

This changing market has encouraged both existing and new operators to base operations on a reliable locomotive fleet which has been met by the Class 66 design. The expansion of the locomotive's operating area has been recorded within the book through a regional analysis noting both the freight services operated within the region and the companies providing them. This also notes changes of operators, both by exchange of locomotives and exchange of hauler as contracts are re-negotiated at regular intervals.

Fred Kerr's book seeks to show, as at October 2019, the range of services that have been operated by class members, including the occasional passenger services despite the locomotives not being fitted with any heat generating equipment.