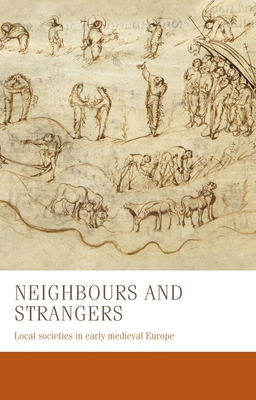 This is book number 24 in the Manchester Medieval Studies series.

Neighbours and strangers investigates social cohesion in rural settlements in western Europe from 700 to 1050, asking to what extent settlements, or districts, constituted units of social organisation. It focuses on the interactions, interconnections and networks of people who lived side by side - neighbours.

The book offers a new approach to well-known problems of the early Middle Ages by bringing together expertise in different regions from different national traditions in a comparative framework. It discusses the basic constituents of early medieval rural societies: material dimensions, such as settlement, topography and the appropriation of resources, as well as fundamental factors that define the position of individuals within local societies and groups, such as legal status and socio-economic stratification. It examines how people in the early medieval west worked together in pursuit of shared goals beyond the level of the household, and how (and whether) they formed their own groups through that collective action.

The book also explores the position of early medieval priests and their capacity to stimulate social cohesion in local communities. Finally, it treats the ways in which outside authorities, office holders from both the public and the private sphere and political elites, intervened in local society.