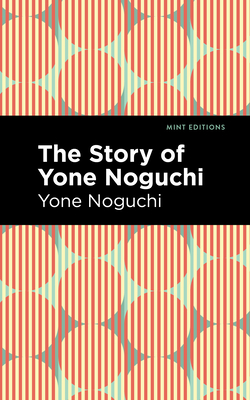 By Yone Noguchi, Mint Editions (Contribution by)
$7.99
Not On Our Shelves - Available to Order

The Story of Yone Noguchi (1914) is a memoir by Yone Noguchi. Both a leading modernist poet in English and Japanese and a dedicated literary critic who advocated for the cross-pollination of national poetries, Yone Noguchi lived an extraordinary life. In clear prose and with a confidence earned through decades of dedication to literature, he tells his own story and reflects on his unique experiences while illuminating the influential people and places that shaped him.

Noguchi began studying English as a child, and soon fell in love with the language and its literature. For years, he dreams of leaving Japan to experience life in the West, and as a teenager takes the opportunity to move to California. In San Francisco and Oakland, he encounters a vibrant community of artists who welcome him into their midst. Under the tutelage of Joaquin Miller, an older poet and adventurer, he begins to believe in his own poetic voice, and soon publishes two collections of verse in English. Over the next several years, he moves to Chicago, New York, and London, each time increasing his professional connections and growing surer as a poet. Eventually, he returns to Japan, where he looks to his roots and becomes a well-regarded critic of poetry and the dramatic arts.

With a beautifully designed cover and professionally typeset manuscript, this edition of Yone Noguchi's The Story of Yone Noguchi is a classic of Japanese American literature reimagined for modern readers.