There Is Confusion (Paperback) 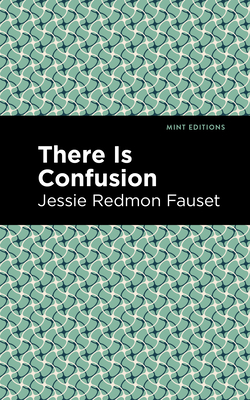 There Is Confusion (1924) is a novel by Jessie Redmon Fauset. Published to resounding acclaim from such critics as Alain Locke and Montgomery Gregory, There Is Confusion was largely forgotten by the 1930s as the Great Depression and the Second World War shifted national attention away from the writers and artists whose vision defined the Harlem Renaissance. Rediscovered by scholars in the late twentieth century, There Is Confusion is seen as a feminist masterpiece on par with the best of Jane Austen and Edith Wharton. Set in Philadelphia and Harlem, Fauset's novel traces the lives of three African Americans from childhood to adulthood while situating their experience in the cultural shifts of the early twentieth century. Joanna Marshall is a dancer who longs for recognition. Maggie Ellersley is a beautiful girl who detests her working-class roots. Peter Bye is an ambitious student who hopes to become a surgeon. As they grow up together, their shared dreams are tarnished by romance and competition. As economic opportunity reshapes the African American community, the three friends must redefine their relationships and desires. Moving and plainspoken, There Is Confusion is a novel grounded in history that manages a delicate balance between the personal and the political without losing sight of the characters who live Fauset's vision. With a beautifully designed cover and professionally typeset manuscript, this edition of Jessie Redmon Fauset's There Is Confusion is a classic of African American literature reimagined for modern readers.