The Legends and Myths of Hawaii (Hardcover) 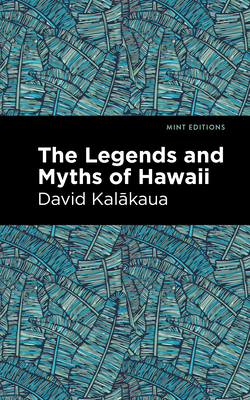 Originally released in 1888, The Legends and Myths of Hawaii is a stirring account of Hawaii's most culturally significant stories presented by King David Kalākaua. It highlights important moments in the island's history before and during its political transitions.

The Legends and Myths of Hawaii is often considered a historical narrative as opposed to fables. It details critical events throughout Hawaii's history featuring some of its most notable figures. The book contains chapters on "Hina, the Helen of Hawaii," "Hua, King of Hana," "Kelea, the Surf-Rider of Maui" and "Kahalaopuna, the Princess of Manoa." It is a brilliant introduction to the social, historical and religious customs of its native peoples.

King David Kalākaua's book was used to shine a positive light on ancient Hawaiian history. It preserves the stories of the many men and women who ruled the island for years without outside influence. It's a compelling and enduring collection of Hawaii's most memorable tales.

With an eye-catching new cover, and professionally typeset manuscript, this edition of The Legends and Myths of Hawaii is both modern and readable.