Order Out of Chaos: Islam, Information, and the Rise and Fall of Social Orders in Iraq (Paperback) 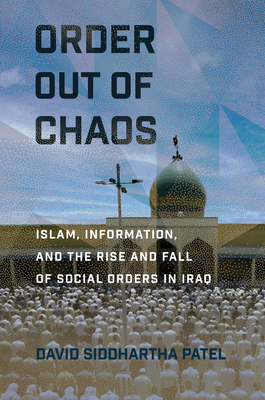 By David Siddhartha Patel
$30.95
Unavailable
Not Yet Published - Other Formats May Be Available

Order out of Chaos explains why Iraqis turned to the mosque after state collapse. In 2003, the US-led invasion of Iraq destroyed the Bathist state. Yet, despite this, the citizens of Basra established predictable routines of daily life and social order as the familiar and customary structures of state-imposed order collapsed. What enabled individuals in Basra to work together to produce order amid anarchy? The answer: the Friday mosque.

A week after the regime fell, Shii imams introduced Friday congregational prayers and associated sermons for the first time in most places since the 1950s. These sermons facilitated the spread of common knowledge and coordination, both locally and nationally, and contributed to the emergence of a relatively cohesive imagined community of Iraqi Shia that came to dominate Iraq's political order.

Combining rational choice approaches, ethnographic understanding, and GIS analysis, David Patel reveals the interconnectedness of the enduring problem of how societies create social order in a stateless environment, the origins and limits of political authority and leadership, and the social and political salience of collective identity.

David Siddhartha Patel is Senior Fellow at the Crown Center for Middle East Studies at Brandeis University. Follow him on Twitter @davidspatel.