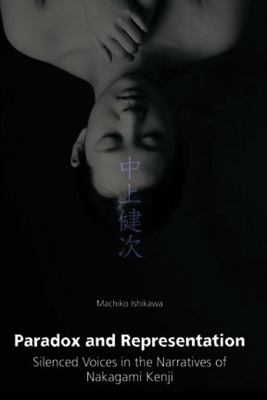 By Machiko Ishikawa
$49.95
Not On Our Shelves - Available to Order

How can the voiceless voice be represented? This primary question underpins lshikawa's analysis of selected work by Buraku writer, Nakagami Kenji (1946-1992). In spite of his Buraku background, Nakagami's privilege as a writer made it difficult for him to hear and represent those voices silenced by mainstream social structures in Japan. This paradox of representing the silenced voice is the key theme of the book. Gayatri Spivak theorizes the (im)possibility of representing the voice of subalterns, those oppressed by imperialism, patriarchy and heteronomativity. Arguing for Burakumin as Japan's subalterns, Ishikawa draws on Spivak to analyze Nakagami''s texts.

The first half of the book revisits the theme of the transgressive Burakumin man. This section includes analysis of a seldom discussed narrative of a violent man and his silenced wife. The second half of the book focuses on the rarely heard voices of Burakumin women from the Akiyuki trilogy. Satoko, the prostitute, unknowingly commits incest with her half-brother, Akiyuki. The aged Yuki sacrifices her youth in a brothel to feed her fatherless family. The mute Moyo remains traumatized by rape. lshikawa''s close reading of Nakagami's representation of the silenced voices of these sexually stigmatized women is this book's unique contribution to Nakagami scholarship.

Machiko Ishikawa is Lecturer at the Global Education Center, Surugadai University. She previously held positions as a sessional lecturer and research assistant in the University of Tasmania's Department of Japanese. She has contributed essays to Cultural and Social Division in Contemporary Japan and Gender, Costume, Textiles, Technique.