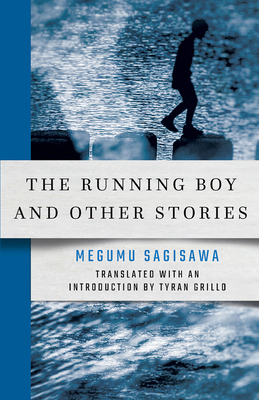 By Megumu Sagisawa, Tyran Grillo (Translator)
$19.95
Not On Our Shelves - Available to Order

With this newly translated version of The Running Boy, the fiction of Megumu Sagisawa makes its long-overdue first appearance in English. Lovingly rendered with a critical introduction by the translator, this collection of three stories, written in 1989, sits on the thinnest part of Japan's economic bubble and provides and cautionary glimpse into the malaise of its impending collapse.

From the aging regulars of a shabby snack bar in Galactic City to the mental breakdowns of A Slender Back, and the family secrets lurking within the title story between them, Sagisawa offers a trilogy of laser-focused character studies. Exploring dichotomies of past versus present, young versus old, life versus death, and countless shades of meaning beyond, she elicits vibrant commonalities of the human condition from some of its most ennui-laden examples. A curious form of affirmation awaits her readers, who may just come out of her monochromatic word paintings with more colorful realizations about themselves and the world at large. Such insight is rare in a writer so young, and this book is a fitting testament to her premature death, the legacy of which is sure to inspire a new generation of readers in the post-truth era.

Tyran Grillo is an independent scholar specializing in contemporary Japanese literature. He has previously translated numerous other novels, including Parasite Eve, Paradise, and Murder in the Red Chamber. Follow him on Twitter @TyranGrillo.