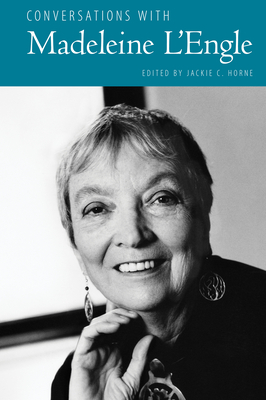 Conversations with Madeleine L'Engle is the first collection of interviews with the beloved children's book author best known for her 1962 Newbery Award-winning novel, A Wrinkle in Time. However, Madeleine L'Engle's accomplishments as a writer spread far beyond children's literature. Beginning her career as a literary novelist for adults, L'Engle (1918-2007) continued to write fiction for both young and old long after A Wrinkle in Time. In her sixties, she published personal memoirs and devotional texts that explored her relationship with religion. At the time of her death, L'Engle was mourned by fans of her children's books and the larger Christian community.

L'Engle's books, as well as her life, were often marked by contradictions. A consummate storyteller, L'Engle carefully crafted and performed a public self-image via her interviews. Weaving through the documentable facts in these interviews are partial lies, misdirections, and wish-fulfillment fantasies. But, when read against her fictions, these "truths" can help us see L'Engle more deeply--what she wanted for herself and for her children, what she believed about good and evil, and what she thought was the right way and the wrong way to be a family--than if she had been able to articulate the truth more directly.

The thirteen interviews collected here reveal an amazing feat of authorial self-fashioning, as L'Engle transformed from novelist to children's author to Christian writer and attempted to craft a public persona that would speak to each of these different audiences in meaningful, yet not painfully revealing, ways.