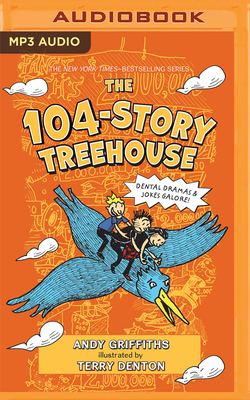 By Andy Griffiths, Terry Denton (Illustrator), Stig Wemyss (Read by)
Unavailable, our apologies.
Sorry, We Can Not Obtain this Book at This Time

This is book number 8 in the Treehouse series.

When Andy has a toothache that hurts so bad he can't write any jokes for their new book, Terry knows just what to do: buy a Joke Writer 2000(TM) to write the jokes for them All they need first is some money from their money-making machine and then it's off to the store. It's a foolproof plan―a Terry-proof one, even

What could go wrong?

"Will appeal to fans of Jeff Kinney and Dav Pilkey. . . . The wonderfully random slapstick humor is tailor-made for reluctant readers. . . . A treat for all." ―Booklist on The 13-Story Treehouse