Son of the Mob (Paperback) 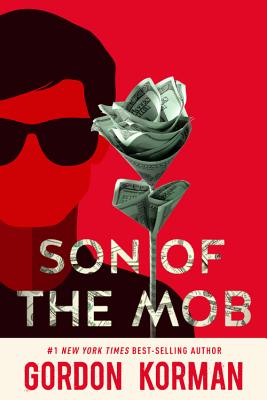 Vince Luca is just like any other high school guy. His best friend, Alex, is trying to score vicariously through him; his brother is a giant pain; and his father keeps bugging him to get motivated. There is just one thing that really sets him apart from other kids -- his father happens to be the head of a powerful crime organization.

Needless to say, Vince's family's connections can put a serious crimp in his dating life. How is he supposed to explain to a girl what his father does for a living? But when Vince finally meets a girl who seems to be worth the trouble, her family turns out to be the biggest problem of all. Because father is an FBI agent -- the one who wants to put Vince's father away for good.

Gordon Korman wrote his first book at age fourteen and since then has written more than eighty middle grade and teen novels. His favorites include the New York Times bestselling The 39 Clues: Cahills vs. Vespers, Book One: The Medusa Plot; Ungifted; Pop; and Schooled. Gordon lives with his family on Long Island, New York. He invites you to visit him online at GordonKorman.com.

"A compelling investigation of the transience of charisma and the flimsy underpinnings of popularity."


—Bulletin of the Center for Children's Books

"Korman's reworking of The Great Gatsby places the action in a modern framework, which makes it more recognizable for today's readers and may lead them to the classic. Teens will find deeper issues to consider about popularity, being true to one's self, and taking responsibility for one's actions as they relate to the setting and characters."

* "[T]hese kids are living minute to minute, where one false step may haunt them forever. . . . [B]e prepared for high demand."

"This novel is signature Korman."

* "Another wild, funny adventure from Korman, who knows how to please his YA audience."