Islamophobia and Racism in America (Paperback) 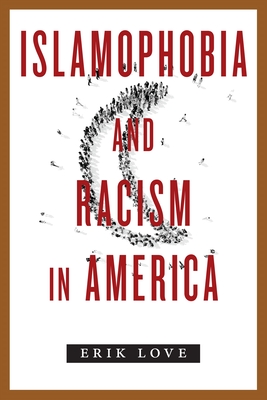 Confronting and combating Islamophobia in America.

Islamophobia has long been a part of the problem of racism in the United States, and it has only gotten worse in the wake of shocking terror attacks, the ongoing refugee crisis, and calls from public figures like Donald Trump for drastic action. As a result, the number of hate crimes committed against Middle Eastern Americans of all origins and religions have increased, and civil rights advocates struggle to confront this striking reality.

In Islamophobia and Racism in America, Erik Love draws on in-depth interviews with Middle Eastern American advocates. He shows that, rather than using a well-worn civil rights strategy to advance reforms to protect a community affected by racism, many advocates are choosing to bolster universal civil liberties in the United States more generally, believing that these universal protections are reliable and strong enough to deal with social prejudice. In reality, Love reveals, civil rights protections are surprisingly weak, and do not offer enough avenues for justice, change, and community reassurance in the wake of hate crimes, discrimination, and social exclusion.

A unique and timely study, Islamophobia and Racism in America wrestles with the disturbing implications of these findings for the persistence of racism-including Islamophobia-in the twenty-first century. As America becomes a "majority-minority" nation, this strategic shift in American civil rights advocacy signifies challenges in the decades ahead, making Love's findings essential for anyone interested in the future of universal civil rights in the United States.